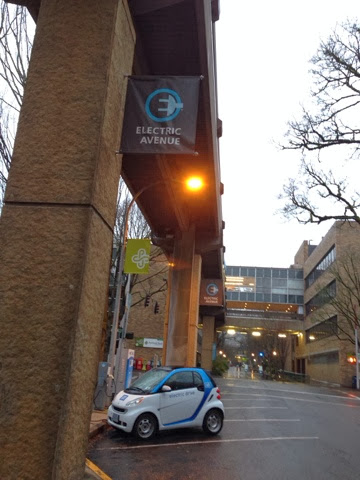 Posted by Unknown at 4:13 AM No comments: 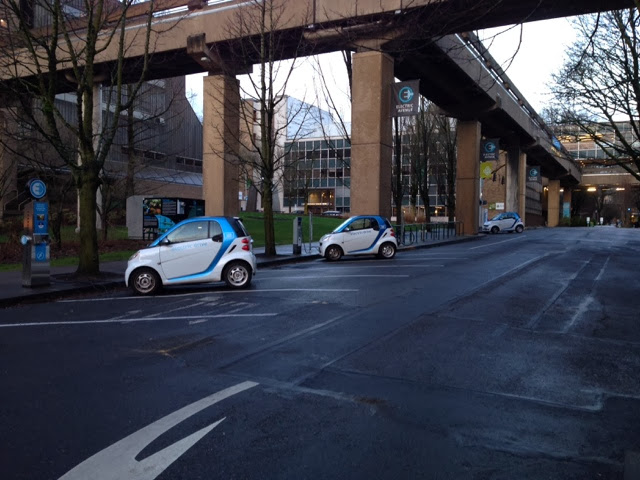 Posted by Unknown at 4:15 AM No comments:

Since my last post things have become clearer. Portland is definitely the destination as I was offered a job there. The position begins 13 December so I am on my way very soon indeed! I've resigned from my current position and am making the preparations for departure.

Let and I have been doing tons of work around the house. We originally planned to sell, got briefly excited by the idea of keeping it and renting it out, ran the financials on that option and have returned to selling. We have a realtor and it should be out in the public domain by tomorrow (and hopefully sell by the following day :-)).

There is a lot of work to be done and I am quite committed to getting as much possible before I fly off to the States so that Celeste has minimal hassles to deal with while she prepares to follow me. Selling the house is a big one, but just as big and perhaps more of a hassle really, is getting rid of everything within the house. We have collected much more than we should have over these 2+ years in the house. Made much easier by having a little boy that we adore so want to buy him lots of things and keep everything he has ever made.

For now, we just keep plugging along working to get us all back together as soon as possible. Hard to fathom the hole left in my life without Liam here to fill it.

It's been almost two years since I've typed in this space...What has happened in that time? Massive amounts.

Liam is now going on 3 years old. At this time he is having an extended holiday with his family in Manila while we prepare to move to the US, hopefully Portland, Oregon. Portland is my hometown and though most of my family live far and farther from there, it would still be a lot closer to most friends and family than NZ is.

It's a hard choice to make. In many ways we had created a great life here in NZ. We both have good jobs that pay relatively well. We live in a nice house in a great location. We enjoy many aspects of life here. So, why the move? I am the impetus. Many things have come together in my little brain over the past year or so that make it feel imperative to move back. A major aspect of it is career prospects (and career satisfaction).

One issue is the job itself. Though I very much enjoy working with students, 4.5 years doing the same job has taken its toll. Not just the job, but the instability in it. I have had three different colleagues and a long stretch of doing the job totally on my own with no administrative help since my first year in the position. It makes doing a good job difficult. I never intended to be in the same position for this length of time, but there is very little room for progression on a small campus.

The university has also been going through a lot of change, not necessarily bad in the long-term but has been a nightmare in the short term. A lot of good people have either lost their jobs or have left out of fear or frustration. The new hires have often been head-scratchingly bad fits for the positions they were hired to fill and motivation around the university seems to be very low. Unfortunately, I am not immune to this.

But the careers issue is not the only reason I feel the need to repatriate. Family, friends, support and history have become surprisingly important to me since Liam came into my life. My mother and sister both have chronic health problems that have me concerned for their long-term stability. I feel that I should be closer in case the worst comes to pass. I've also realised how much I miss having the opportunity to see them, even if only on an annual basis. In the 4.5 years I've been in NZ I only just this year finally went back for a visit.

Then there is Liam, he has still only met my father from my side of the family. My dad actually came to visit in time for Liam's first birthday! It was great, but I can't accept Liam not having a connection with my mom and sister and niece and nephew. I also realise that I want him to have a greater sense of his history. Not necessarily specifically as an American, but definitely as part of the northwest and Portland. He has no risk of not having that from his mother's family and culture as he has already been to the Philippines four times (and for several months this time) before even reaching his third birthday. But my family is not able to travel here and our finances do not allow for us to make regular big trips to the US to see my widely dispersed fam.

So, a lot of instability for the family while we make the plans and the changes necessary for the move and until we manage to get settled. While this is all in process Liam will live in Manila and hopefully become fluent in Tagalog while getting closer to his family there. With luck, early in the new year we can all be back together in a nice new home in Portland.

It's Saturday in NZ and tomorrow at high noon we fly to the Philippines. We are a bit nervous about the flight with Liam, his first time on an airplane and at a very precarious time in his life. He is now 10 months old and is very mobile and does not like sitting still for long. He is also very vocal when he is not happy (quite vocal when he is happy too). I am hopeful that he will do alright. We just need to be able to walk him around a bit and keep him involved so he doesn't get bored.

It's quite exciting to be getting away from it all for a whole month. It will be a lot of fun to hang out with the in-laws. They are all very excited to have Liam around. I'm hoping to spend a day just hanging out with Gil (he doesn't know that yet) and I am sure we will spend plenty of time hanging with Van and Kim. More than anything else though, I'm excited for Let and me to have some time together alone. Time to go to movies or out for drinks or even out of town for a couple of days, that has really got me happy.

Hope everyone in the US of A had a lovely Thanksgiving and gave lots of thanks for the Prez-elect!!!

We didn't have the forethought to get a Turkey early enough for it to thaw in time to eat on Tday so had a roast chicken instead :-)

Today I am manning a stand at a mall for our Engineering programme. I've never done such a thing before so it will be interesting to see how it goes. Not a big fan of malls, but so it goes.

We tried to add another dog to our family but it did not work out. He terrorised Samson and Liam was not so fond of him either. It didn't help the situation that he was marking the entire house as his territory in the only way dogs know how. BLECH! So he went to another home that would have more time to provide the guidance he needs. He was a very cute and sweet little guy though.
Posted by Unknown at 7:40 AM No comments:

I must admit, plenty has happened since I last wrote.

We have now been living in our very own house for over a month. Unfortunately, our old place did not get rented until...officially today I think. So we paid about 6 weeks of extra rent, not fun, but worth it to have our house!

The house is great. Of course it has issues, but nothing horrible. The funniest part of it is that we have a white picket fence! How cheesy is that? It is also one story sorta ranch style. Those of you that know me would know that I would never have expected to buy a ranch style house in the 'burbs. I love it though, it's a cool little suburb that has a great café called Aunt Daisy's. They even have life music regularly (which we've yet to attend).

We have a massive back yard! We just bought ourselves an EnviroMower. It has a rechargeable battery and is quiet (for a lawnmower). It seems to work quite well in it's first use yesterday.

Work has been quite busy, we have our national liaison seminar for a few days last week. Luckily it was here in Wellington so I didn't have to travel to attend. I always enjoy the times when we are all together for a few days. We have a couple of events coming up that I've been busily planning as well.

Liam is now 9 months+. He's a master crawler now and is just an awesome little boy. He's becoming so much more aware of everything around him. Unfortunately that also means he is hitting the stage where he gets upset when one of his parents leaves the room. That has just happened in the last week or so. He just does a little bit of a grump right when we walk out but we'll usually just pop our heads back in and make him laugh then he is okay with it (so far). I really worry that he will become one of those children that cries their head off when left at childcare. I'm hoping because he has already been there for so long that it will not happen (fingers crossed).

More about the house? 3 bedroom, bath with separate toilet, some storage space under house (not sealed like basement though). We get all day sun, have a little view of Porirua Harbour from the back yard. We have a few trees. I've done a little DIY work so far. Replaced the separate hot/cold taps in kitchen and bathroom sinks with single mixer faucets.

Also, as we are going to be in the Philippines for a month we were looking for housesitters (yes plural as we feel the house is big enough and it gives more attention to the house and Samson. Well, one of the housesitters we found had just moved to NZ from the states and was staying in a motel in Porirua. So, we offered to let him stay with us until we leave for PH and he just moved in yesterday. He's a really nice guy with a husband and twin (almost) 5 year old boys. The fam is still in the states figuring out their move. It's a bit funny having a housemate but I think it will work out fine, plus we are just so relieved to have people to take care of Samson while we are away.
Posted by Unknown at 9:03 AM No comments: